The biology of rare cancers is poorly understood in part because the tumors are uncommon, which makes them challenging to study. Clinical trials examining rare cancers are difficult. One obstacle is sheer numbers; scientists may struggle to recruit enough patients with a rare form of cancer to support a statistically robust analysis.

Another roadblock is the design of many clinical studies. "Patients with rare cancer subtypes are often excluded from clinical trials involving more common tumors," explained Joyce Liu, MD, MPH, associate chief and director of clinical research for the division of gynecologic oncology at Dana-Farber. "That means we often lack the knowledge of how best to treat these patients or what therapies can most benefit them." 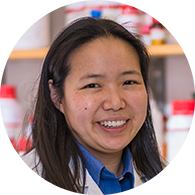 "It's definitely challenging to do clinical research on rare cancers but it's incredibly important that we invest the resources to do so."

The business incentives in rare cancers are also lacking. "There's usually not a lot of interest in sponsoring studies of rare tumors from pharmaceutical companies because the market is not that significant," said Panagiotis Konstantinopoulos, MD, PhD, director of translational research in Gynecologic Oncology and director of the Center for BRCA and Related Genes. "But clinical trials are the way forward — that's how we get drugs approved and get new treatments to patients."

Dana-Farber researchers, including Drs. Liu and Konstantinopoulos, are pushing ahead, finding ways to overcome the barriers that can limit progress in rare cancers. "It's definitely challenging to do clinical research on rare cancers," said Dr. Liu. "But it's incredibly important that we invest the resources to do so." 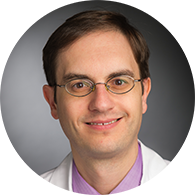 Low-grade serous ovarian cancer is a rare cancer subtype that often affects younger patients. It is also highly resistant to chemotherapy, which underscores the need for better therapeutic approaches. In addition, low-grade serous ovarian cancer has a molecular profile that is distinct from most other ovarian tumors and appears to rely on a different cohort of molecular drivers to fuel its growth.

One of those drivers is the MAP kinase pathway. Recent clinical trials of drugs that block a member of this pathway, called MEK, have shown promise in patients with low-grade serous ovarian cancer. Dr. Liu and her colleagues, including Geoffrey Shapiro, MD, PhD, senior vice president of Developmental Therapeutics at Dana-Farber, are now exploring several potential strategies to make these MEK inhibitors work even better. 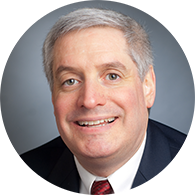 "One strategy we are pursuing is adding a second molecular agent in the hope that it will both deepen and prolong the responses we see," said Dr. Shapiro.

In one approach, that second agent is an inhibitor of a protein known as BCL-xL, which can protect cancer cells from dying. Dr. Liu recently presented data from a phase 1/2 study that examined the combination of a MEK inhibitor and a BCL-xL inhibitor in patients with various forms of gynecologic cancer, including low-grade serous ovarian cancer. Based on highly encouraging results, she and her colleagues are now pursuing trials that will explore combined MEK and BCL-xL inhibition specifically in ovarian cancer, including patients with the low-grade serous subtype. 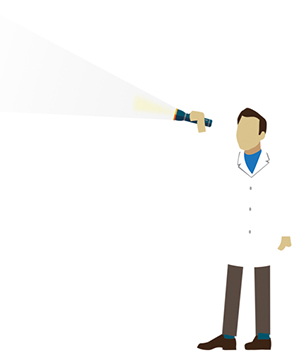 Drs. Liu and Shapiro are also exploring another intriguing partner for MEK inhibitors — a drug that blocks the activity of a related pair of proteins involved in cell growth, known as CDK4 and CDK6. Recent data from Dr. Shapiro's lab and others show that inhibiting both CDK4/6 and MEK can have synergistic effects on tumor cell killing in breast and lung cancer. There is good reason to expect that these results will extend to low-grade serous ovarian cancer as well.

"We recognize this is a high unmet need," said Dr. Liu. "Our efforts are really the tip of the spear as we try to leverage what we know about the molecular drivers of low-grade serous ovarian cancer and develop novel, thoughtful therapies
for these patients."

Dana-Farber researchers are pursuing new potential treatments for another rare subtype of ovarian cancer. This variant, known as clear cell ovarian cancer, accounts for roughly 5 – 10% of ovarian tumors, and it, too, exhibits molecular signatures that are distinct from other forms. 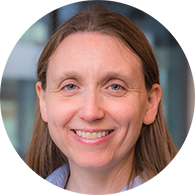 "We really have to think of it as a different disease," said Elizabeth Stover, MD, PhD, a medical oncologist in Gynecologic Oncology at Dana-Farber. Dr. Stover and her colleagues have been dissecting the mechanisms by which ovarian cancer cells resist chemotherapy. That work has led her to a class of proteins that can enable tumor cells to escape death (or "apoptosis") – a group that includes BCL-xL.

Together with several collaborators, including Kelley McQueeney, PhD, and Anthony Letai, MD, PhD, at Dana-Farber, Kristopher Sarosiek, PhD, at the Harvard T.H. Chan School of Public Health, and Joan Brugge, PhD, at Harvard Medical School, Dr. Stover has arrived at an intriguing hypothesis: that interfering with the activity of BCL-xL, combined with other forms of cancer therapy, could hold promise for patients with clear cell ovarian cancer. Dr. Stover and her colleagues have collected data that show that various clear cell ovarian cancer cell lines are susceptible to BCL-xL inhibitors when these drugs are used alone.

Evidence is also accumulating that these inhibitors, when used in combination with another molecularly targeted agent, can cause enhanced tumor cell killing in various forms of cancer. Dr. Stover is now testing this hypothesis in clear cell ovarian cancer through a variety of laboratory and animal model studies. She is also hopeful that the strategy employed in the upcoming clinical trial that pairs a BCL-xL inhibitor with a drug that blocks the protein MEK (see above), while geared toward other forms of ovarian cancer, may also be an effective drug combination for patients with the clear cell subtype. 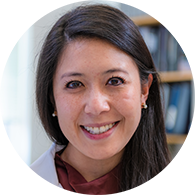 Another drug pairing could also hold promise for this rare cancer. Dana-Farber medical oncologist Elizabeth Lee, MD, and her colleagues in Gynecologic Oncology are launching a phase 2 clinical trial to examine the effectiveness of a cancer immunotherapy drug combined with a drug that blocks blood vessel formation, a so-called anti-angiogenesis drug. The impetus for this approach comes from three sources. First, molecular studies of ovarian clear cell tumors suggest that genetic changes in the cancer cells falsely signal a low oxygen environment, causing them to coax blood vessels to form in order to sustain tumor growth.

In addition, low oxygen environments can often impact immune signaling, indicating some crosstalk between these activities. Finally, an unrelated form of clear cell cancer — which arises not in the ovary, but in the kidney — is molecularly indistinguishable from the ovarian form, and a common treatment strategy there is to pair cancer immunotherapy with an inhibitor of blood vessel growth.

"It is so important for the research community not to discount rare tumors simply because they are rare," said Dr. Lee. "We can learn a lot from them that will often have applicability to other tumor types." 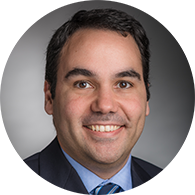 "Collaboration is critical when it comes to rare cancers. No one can do these studies alone."

The trial Dr. Lee is leading will run at Dana-Farber as well as several collaborating sites, including the Mayo Clinic and Cedars-Sinai Medical Center. Such collaboration is critical, especially for studying rare cancers, because a single site may not be able to recruit enough patients to support the trial. "Collaboration is critical when it comes to rare cancers," said Jose Pablo Leone, MD, who studies another rare cancer subtype. "No one can do these studies alone."

Dr. Konstantinopoulos is also launching a clinical trial for another rare ovarian cancer subtype. Known as granulosa cell tumors, these arise from the hormone-producing cells in the ovaries. While they can affect adolescents and younger patients, they are more common in patients approaching menopause. Some treatments are available, but they are limited and when the tumors recur, patients are faced with few therapeutic options. 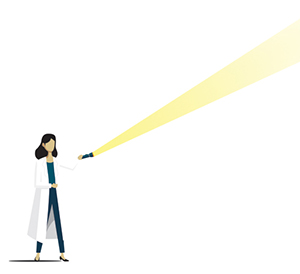 Recent genomic analyses of granulosa cell tumors revealed that nearly all of them share a mutation in a gene called FOXL2. Further studies of FOXL2-mutated tumors showed that they are sensitive to drugs that block signals through the Notch pathway, including a class of drugs known as gamma secretase inhibitors. Dr. Konstantinopoulos and his colleagues will test the effectiveness of one of these inhibitors, known as nirogacestat, in a phase 2 clinical trial in patients with recurrent granulosa cell tumors.

"To entice pharmaceutical companies to work in this space, you need a good scientific and clinical rationale, and a good molecular target," said Dr. Konstantinopoulos. "We hope that this trial will yield evidence that our target is an effective one for granulosa cell tumors."

Dana-Farber researchers are also gaining ground in rare forms of breast cancer. Dr. Leone, who directs the Program for Breast Cancer in Men, is pursuing a clinical trial to evaluate endocrine therapies in male patients with breast cancer. Male breast cancer represents about 1% of all breast cancer diagnoses each year in the US.

"Most of the data we have on treatments for breast cancer are based on data collected from women," said Dr. Leone. That poses a challenge because the biology of the tumors can be quite distinct in men compared to women.

Dr. Leone and his colleagues are launching a multi-institutional clinical trial through the Translational Breast Cancer Research Consortium that will enroll male breast cancer patients to determine which endocrine therapies — including tamoxifen and aromatase inhibitors — work best in this population.

"Advocacy is very important, which can help raise awareness," said Dr. Leone. Such advocacy was pivotal, he said, along with the input of the Food and Drug Administration, in changing clinical trial practices in this area. Now, men with breast cancer can enroll in clinical trials that are recruiting women with breast cancer, provided there is no scientific rationale for excluding them. 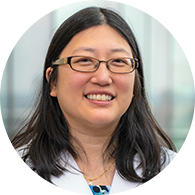 Nancy Lin, MD, a breast oncologist and the associate chief of breast oncology in the Susan F. Smith Center for Women's Cancers at Dana-Farber, is also working to develop clinical trial strategies that can benefit patients with rare forms of breast cancer.

Leptomeningeal disease is a rare form of metastatic breast cancer that spreads through the cerebrospinal fluid, allowing it to circulate throughout the brain and spinal cord. "These patients are typically excluded from all regular clinical trials," Dr. Lin said.

But now, Dr. Lin and her colleagues are trying to move the needle for patients with this rare metastatic subtype. The researchers will seek to enroll a small group of patients with leptomeningeal disease in clinical trials that are open to patients whose breast cancer has spread to the brain.

"Ideally, we base our treatment recommendations on evidence and for many rare cancers, that evidence cannot be gathered through the gold standard, phase 3 randomized clinical trial," said Dr. Lin. "So, we need to find other ways to gather that evidence, which is why collaboration and funding are so critical."

Dr. Lin has a track record of breaking new ground. She and her colleagues have been pioneering the study of systemic, targeted therapies in breast cancer patients with brain metastases. Traditionally, these patients have been excluded from most breast cancer clinical trials because of their advanced disease. But Dr. Lin has helped develop a roadmap to guide researchers on how to devise clinical trials that include them.

And she's leading a host of clinical trials that aim to determine which drugs and drug combinations can shrink breast tumors that have breached the brain. Many of these trials explore drugs that target a key growth-promoting protein called HER2.

"When I started working in the area of brain metastases, there were zero HER2-targeted therapies proven to be effective in the brain. And now, there's a whole group of them," said Dr. Lin. "It just goes to show that it is possible to make a difference if you work at it." 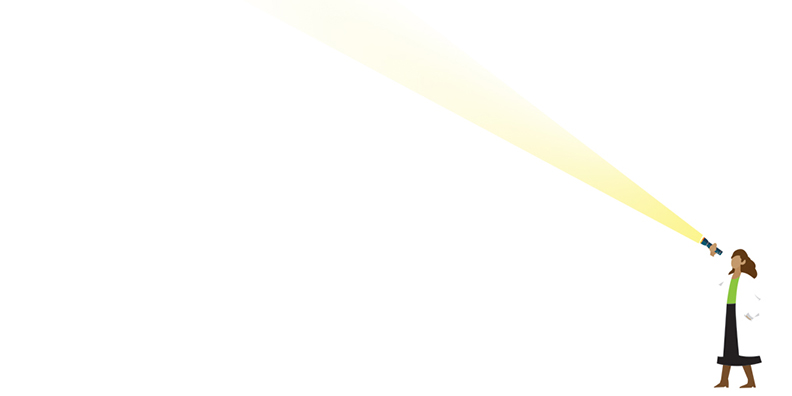