Scientists have solved the structure of an important complex of RAS-pathway proteins, explaining how known mutations lead to disease and suggesting potential new binding sites for cancer drugs. 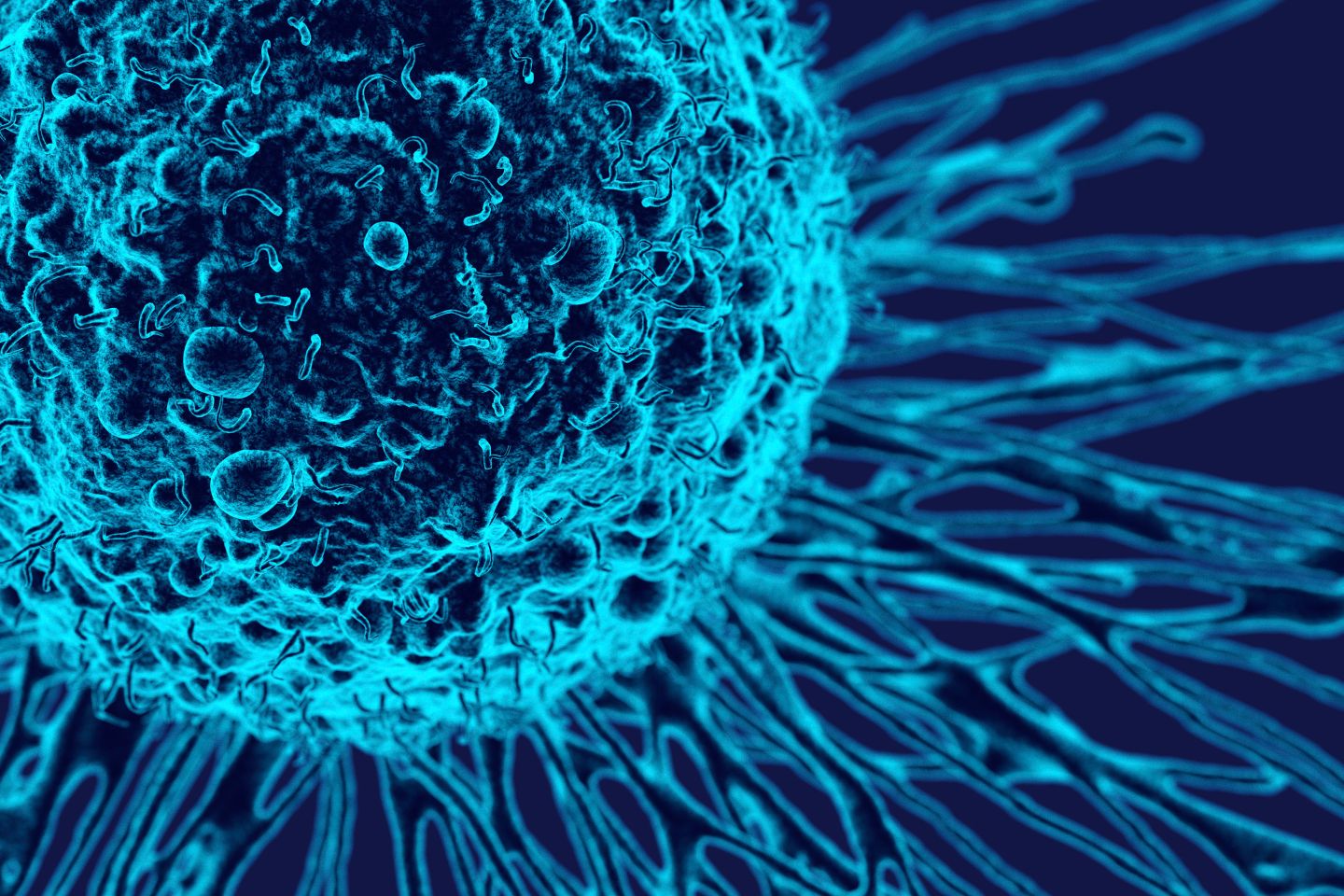 Some of the most infamous drivers of cancer are mutations in RAS genes, which lead to tumor growth in about a quarter of all cancer patients. Scientists at Dana-Farber Cancer Institute and the Broad Institute of MIT and Harvard have determined the molecular structure of a RAS-pathway protein called SHOC2 and two other proteins it binds to. This three-protein assembly, called the SHOC2-MRAS-PP1C (“SMP”) complex, regulates the RAS signaling pathway and helps cancer cells with RAS mutations survive.

The high-resolution structure of this complex, revealed through X-ray crystallography and cryogenic electron microscopy, suggests possible ways that drugs can bind to it to inhibit the RAS pathway and block cancer growth. The study, published in Nature, highlights a potential therapeutic strategy for a signaling pathway that has been difficult to target with drugs. The work is the result of a collaboration between researchers at Dana-Farber, Deerfield Discovery and Development, a subsidiary of Deerfield Management Company, and in the Broad’s Cancer Program, Genetic Perturbation Platform, and the Center for the Development of Therapeutics (CDoT).

“By solving the structure, we’ve learned a lot about how SHOC2 operates in this circuit, which points out ways in which you can therapeutically intervene,” said study co-senior author William Hahn, MD, PhD, executive vice president and chief operating officer at Dana-Farber. and Broad institute member of the Cancer Program. Hahn is also the William Rosenberg Professor of Medicine at Harvard Medical School. executive vice president and the chief operating officer at Dana-Farber.

Hahn, co-senior author Andrew Aguirre, MD, PhD, an oncologist at Dana-Farber and a Broad associate member, and Jason Kwon, a postdoctoral fellow in Hahn’s lab, first identified SHOC2 as a possible drug target in 2019. They and their colleagues with Broad’s Cancer Dependency Map project were studying essential genes in cancers with mutations in RAS proteins. At the time, cancer drugs called MEK inhibitors had been developed to target mutations in RAS proteins, but they were effective in only a fraction of cancer patients. The team wondered whether another protein was enabling mutated RAS proteins to bypass these inhibitors.

In their 2019 study, the team used CRISPR-Cas9 to knock out genes one-by-one across the entire genome to see which ones might be causing RAS-mutated cancer cells to resist the effects of MEK inhibitors. The researchers found that when they deleted the SHOC2 gene or decreased its expression, the MEK inhibitors were highly effective at eliminating cancer cells, revealing SHOC2 as a culprit in resistance to MEK inhibitors.

The team decided to further study SHOC2 as a potential target, which included solving its structure. That’s when researchers from CDoT and Deerfield Discovery and Development joined the team.

“We identified SHOC2 genetically and knew that it was important, but in order to therapeutically exploit it, we have to know the structure of the protein to identify critical, functional regions,” said Kwon, project lead and co-first author of the paper.

They found that on its own, SHOC2 is a horseshoe-shaped scaffolding protein with a smooth surface, making it challenging for drugs to bind to it. However, further analyses revealed the structural details of how SHOC2 brings together and binds to two key proteins, PP1C and MRAS, which are also part of the RAS signaling pathway. The team solved the structure of this three-protein SMP complex, which revealed new pockets between the component proteins where researchers might be able to fit a drug.

“You look at SHOC2 by itself, and you think ‘I can’t do anything with that,'” said Broad Institute scientist Alex Burgin, PhD, CDoT’s senior director. “But when I first saw the SMP complex, right away, I could see multiple pockets where you can imagine binding a drug. And it became really exciting to me as soon as I saw the structure because it created a new path forward.”

From structure to function

The scientists, working with colleagues in Broad’s Genetic Perturbation Platform, also analyzed the effect of mutations in each amino acid of SHOC2 on the protein’s function, using a method called deep mutational scanning. The data they generated could be used to identify new links between SHOC2 mutations and other diseases. For example, previous work has shown that mutations in this protein cause Noonan-like Syndrome, a congenital condition that affects the development of bodily features.

“What’s really enabling is that by already having tested every possible mutation, you can rapidly learn and rationalize the structure and be confident what the consequences of those mutations are,” said Hahn. “I think this paper really brings to light how powerful that information is.”

The researchers hope that their findings will clarify the clinical relevance of SHOC2 mutations and help drugmakers find compounds that bind to the SMP complex to shut down SHOC2. The aim would be to create new drugs targeting the SMP complex that could work alone or in combination with MEK inhibitors to suppress the effects of RAS mutations and effectively block cancer growth.

“Through great teamwork leveraging diverse expertise in cancer cell signaling, functional genetic screening and structural biology, we’ve been able to rapidly go from discovery of SHOC2 as a high-priority target to a comprehensive structure-function roadmap for drug development. We hope that this work opens up promising avenues to create much needed new therapies for RAS-mutant cancers,” said Aguirre.

Funding for this research was provided in part by the National Cancer Institute, the Lustgarten Foundation, the Hale Family Center for Pancreatic Cancer Research, and certain funds managed by Deerfield Management Company, L.P.