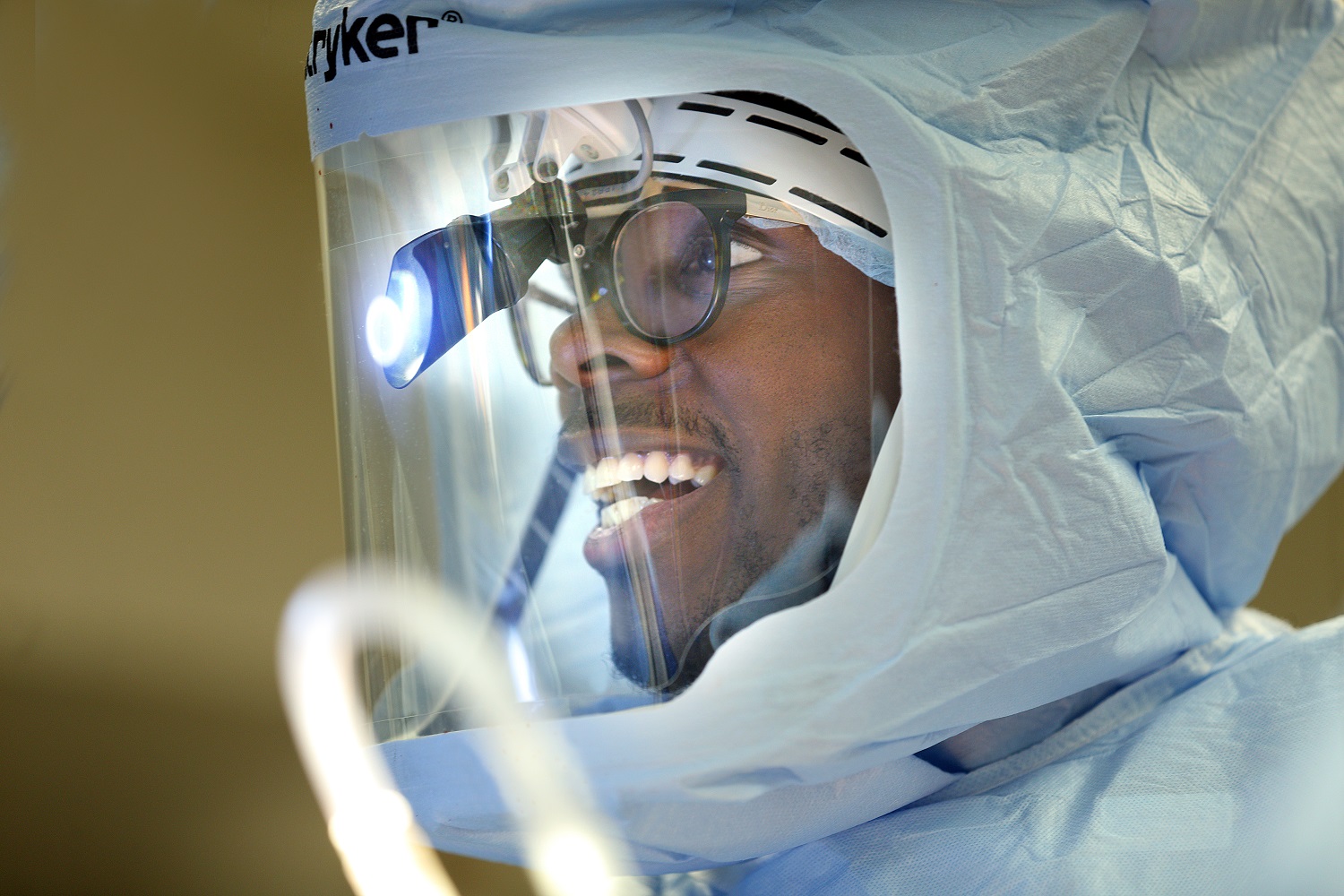 As leader of the diversity initiative in the Department of Orthopaedic Surgery, Julius Oni participates in faculty recruitment and works to increase minority representation in orthopaedics.

“When we create diversity, then we have excellence,” says Julius Oni, chair of the Diversity and Inclusion Council for the Department of Orthopaedic Surgery.

Orthopaedics is one of the least diverse specialties, with minority representation from 2006 to 2015 averaging 25% — lower than any other surgical specialty.1 As leader of the department’s diversity initiative, which launched during the summer of 2020, Oni participates in faculty recruitment efforts to diversify the department and works to increase minority representation in orthopaedics through mentoring and community outreach. Improving diversity not only enhances patient care through better communication and cultural competency, but also ensures that orthopaedics attracts top medical students.

For six years, Oni has participated in a pipeline program that works to inspire medical students to pursue orthopaedics. “When minority students do not see themselves represented in a field of medicine by mentors, teachers or surgeons, then they may not pursue that field,” says Oni, who is also the diversity and inclusion officer for the department. “We want to show that Hopkins is a place where all applicants are welcome and where all trainees receive the training and support necessary to be successful.”

Oni’s goal is to influence the entire culture of the department. “There is still a lot of work to be done to truly create an equitable, just environment for everyone, regardless of background, creed, appearance or orientation,” he says. “We want to foster an environment in which all faculty, staff and trainees feel highly valued and supported.”

As one of the first steps in this initiative, Oni and James Ficke, director of orthopaedic surgery, held a series of town hall meetings during which department members could discuss their experiences regarding race and equity in the workplace. “We listened to the challenges they have faced,” says Oni. “It was cathartic for people who shared their concerns and grievances.”

From this discussion, the Diversity and Inclusion Council identified several areas for improvement. In response to staff members reporting that they did not have sufficient resources to help address incidents of racism or bias, the council is creating a channel of communication that staff can access after an incident. “This will be a highly accessible, intuitive way for staff to report incidents, and then managers can address those issues with the full backing of the department and institution,” says Oni.

Oni believes that implementing these systems will support employees in a way that makes them feel seen, heard and understood, which will in turn translate into employees being more engaged. “When employees have opportunities to create change, they are more engaged and more productive. This creates a better environment for employees and patients alike,” says Oni.

Oni understands that these diversity and inclusion efforts will require hard work, and credits Ficke for supporting the effort: “We are lucky to have a director who truly believes in this work, who is engaged, and who is willing to listen and move us forward.”