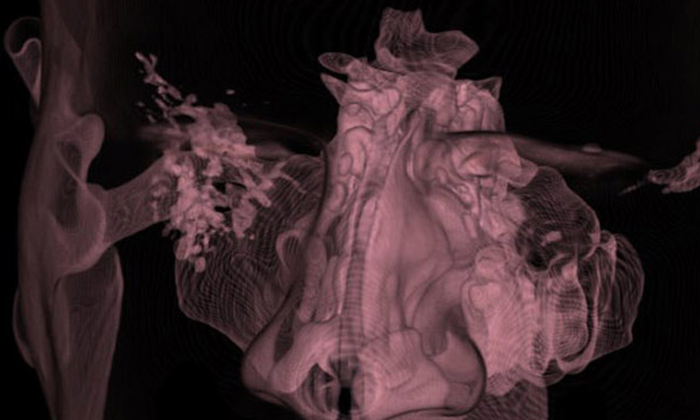 Faculty members investigate the connection between loss of smell and frailty with age; how a molecule from nasal polyps destroys certain immune cells; new treatments for olfactory neuroblastoma; and more.

With a host of recent research findings, the Johns Hopkins Division of Rhinology helped advance clinical and basic science in the field. “Our team of surgeon-investigators integrate outstanding patient care with a broad spectrum of translational clinical and basic science research,” says rhinologist Andy Lane, director of the Johns Hopkins Sinus Center. “We work to make scientific discoveries that will benefit patients suffering from rhinologic conditions.”

The following are just a few examples of innovations taking place in the division.

COVID-19 and Its Effects on Nasal Tissue

When COVID-19 first became recognized as a serious health risk in early 2020, one of the disease’s characteristic features was a loss of taste and smell. However, says Lane, it was unclear how SARS-CoV-2, the virus that causes COVID-19, and its variants might differentially affect nasal tissue.

To answer this question, Lane worked with research associate Mengfei Chen and colleagues to test different SARS-CoV-2 variants in human nasal tissue explants and in rodent models. Their research shows that the original strain and the subsequent delta variant preferentially infect and cause severe injury to the olfactory tissue in the nose instead of the respiratory lining cells of the nasal passages and sinuses. However, the omicron variant relatively spares the olfactory lining and primarily infects the respiratory lining. These findings could explain why loss of smell was so widespread early in the pandemic but has become less prevalent over time.

Further research by this team in animal models shows that SARS-CoV-2 particles from the original strain can spread from the nose to the olfactory bulb in the brain — an event associated with inflammation. 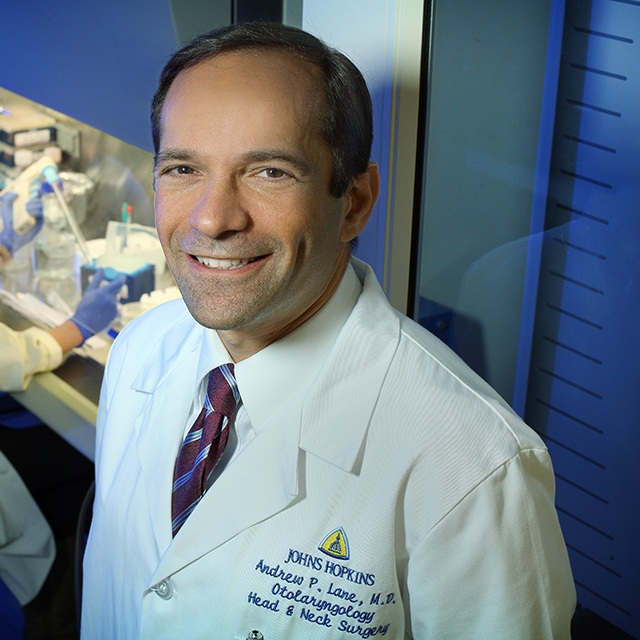 “The ability of the original SARS-CoV-2 strain to spread along olfactory nerves and cause brain inflammation may suggest a role in neurological aspects of long COVID, including persistently altered smell function,” Lane says.

Understanding the Link Between Frailty and Loss of Smell

Research at Johns Hopkins and elsewhere has shown that the loss of smell is a strong and independent predictor of frailty and mortality risk, but the mechanism behind this phenomenon is unknown. One hypothesis is that changes in the sense of smell lead to dietary changes, which in turn negatively affect health. To test this idea, sinus surgeon Nicholas Rowan and his colleagues examined the dietary patterns of older adults with smell loss in a nationally representative cohort. Their results show that dietary patterns high in protein, selenium, beta carotene and vitamin A were associated with lower frailty prevalence in adults with smell loss — suggesting that dietary patterns are uniquely associated with frailty in older adults with loss of smell.

Nasal polyps affect up to 4% of the population, and treating them can be a challenge: The nasal corticosteroid sprays typically used as first-line treatments often bring incomplete or temporary relief. Otolaryngologist–head and neck surgeon Jean Kim and her colleagues recently reported their discovery of a molecule that naturally destroys eosinophils, the major inflammatory cell responsible for nasal polyps. This molecule, a sialoglycan ligand, is secreted by polyps and was highly elevated in patients with nasal polyps. “This molecule may be a target for new drug development in the future,” Kim says.

Shining a Light on Olfactory Neuroblastoma

Olfactory neuroblastoma, also known as esthesioneuroblastoma, represents just 3% to 6% of cancers in the nasal cavity and paranasal sinuses — a rarity that has long prevented this cancer from getting the attention it deserves, says sinus and skull base surgeon Nyall London. Shining a light on this disease, London is leading an interventional clinical trial investigating the use of a bifunctional antibody immunotherapeutic approach to treat the condition. The researchers also recently opened a natural history study of pediatric and adult olfactory neuroblastoma to further characterize and understand the disease. In collaboration with colleagues in neurosurgery, London and his colleagues have initiated annual patient education events to increase awareness and enhance multidisciplinary patient education.

The temporal bones, which form the sides and base of the skull, can become damaged through trauma or disease. CT scans are typically used to assess this damage and to prepare for minimally invasive or robot-assisted procedures to repair them. However, measuring surgically relevant distances and angles within this space often requires time-consuming manual segmentation of preoperative imaging. Searching for a better method to extract these anatomical measurements, otolaryngologist–head and neck surgeon Masaru Ishii and his colleagues, including neurotologist Francis Creighton, developed computer algorithms that automate this process. The team recently reported that measurements from the automated system showed no statistical difference compared with measurements from manually segmented images.

Although air pollution and chronic lung disease have long been linked, very little is known about air pollution’s effect on the nose and sinuses. Otolaryngologist–head and neck surgeon Murray Ramanathan and his colleagues have published several papers on molecular changes that occur in the sinonasal epithelium upon chronic exposure to air pollution; however, this team has recently focused on larger epidemiologic studies. A collaboration with Johns Hopkins Bloomberg School of Public Health using data from more than 6,000 patients treated at Johns Hopkins shows that patients exposed to higher levels of air pollution were 1.5 times more likely to be diagnosed with chronic rhinosinusitis. Another collaboration with otolaryngologists at the Walter Reed National Military Medical Center shows that deployed military with chronic air pollution exposure had an even higher likelihood of developing chronic rhinosinusitis compared with civilians. “These studies highlight the real-world impact that air pollution may have on the pathogenesis of chronic rhinosinusitis and the importance of regulating air quality in reducing burden of disease,” Ramanathan says.