Last spring, Chester County Hospital began offering transfusionless heart surgery to help meet growing demand in the Greater Philadelphia region. A transfusionless surgery does not necessitate a blood transfusion or a blood product, according to Patricia A. Ford, MD, Director for the The Center for Transfusion-Free Medicine at Pennsylvania Hospital.

Dr. Ford helped establish the revered center 25 years ago. At the time, it was one of only a handful of its kind in the United States. Today, she estimates there are more than 150 bloodless medicine centers across the country.

Satoshi Furukawa, MD, Chief of Cardiovascular Surgery at Pennsylvania Hospital and the surgeon who will be performing all the transfusionless heart surgeries at Chester County Hospital says the method has had a significant impact on his approach to care. "I decided that for every case, we would do all the things necessary to minimize blood transfusions," he continues. "That would be our new standard of care."

The vast majority of patients at Penn’s center are Jehovah's Witnesses, Dr. Ford says. Jehovah’s Witnesses adhere to a literal interpretation of a Bible scripture, Acts 15:29, that says, "to keep abstaining from things sacrificed to idols, from blood, from what is strangled, and from sexual immorality."

"Our position is that we refuse whole blood and its four major components: red cells, white cells, plasma, and platelets," says Terry Robinson, a minister with the Hospital Liaison Committee for Jehovah's Witnesses in Philadelphia. 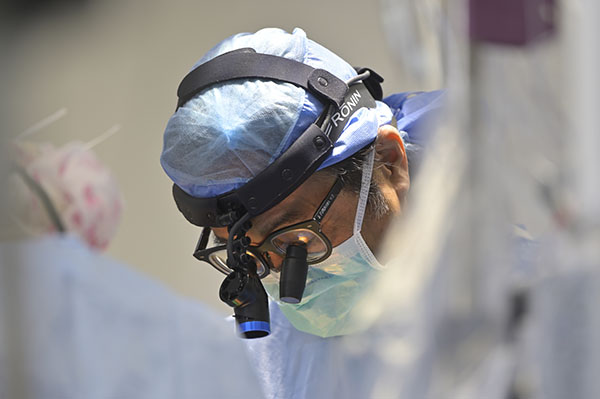 Over a career that’s spanned the better part of the last three decades, Dr. Furukawa has risen through the ranks of the premier transfusionless heart surgeons in the country.
"In terms of transfusionless cardiovascular surgery, I think he’s the best in this region. He certainly has the most experience," Dr. Ford says. “I consult with Jehovah’s Witness patients all over the country, and his is the only name I give out for cardiovascular surgery. On top of his expertise, he’s also kind, compassionate, and respectful.”

Essential to this approach is ensuring that the patient’s hemoglobin is at an appropriate level for surgery.

“Transfusionless cardiovascular procedures are particularly complicated because it’s difficult for the heart to compensate for anemia,” Dr. Ford says. “We have to have a good starting hemoglobin."

While transfusionless heart surgery will be done at Chester County Hospital, patients will receive outpatient diagnostic and therapeutic anemia correction at the Center for Transfusion-Free Medicine at Pennsylvania Hospital.

Once a diagnosis is made and the need for surgery becomes apparent, Dr. Ford, a hematologist, meets with the patient to determine if they’re anemic. Anemia is a condition in which there’s a shortage of healthy red blood cells to carry oxygen to the body’s tissues. An estimated three million Americans are anemic, making it the most common blood

With the patient’s approval, the raw materials used to make hemoglobin (intravenous iron) and agents to stimulate bone marrow production of red blood cells can be used to increase the red blood cell count, Dr. Ford says. Treatment is typically administered on a weekly basis at the center until the patient reaches what she and Dr. Furukawa deem an acceptable level to proceed with surgery. 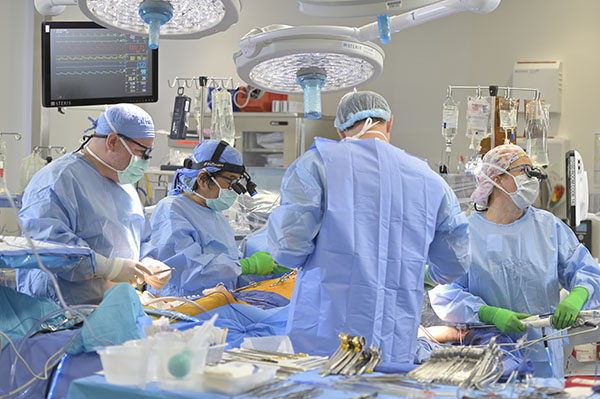 While Dr. Furukawa is a central component of the new transfusionless heart surgery program at Chester County Hospital, caring for the patients is a team effort. Much of his motivation for aiming to approach every heart surgery as a transfusionless procedure was tied to fostering cohesion among his support staff. He began assembling and training his support staff with the help of Robinson and Dr. Ford more than a year ago, in April 2020.

"We've spent the last year working toward getting everyone on the same page," Dr. Furukawa says.

"There are nuances in the preoperative, interoperative, and postoperative contexts that need to be accounted for."

"One of the first things I said to the administration when I opened the center 25 years ago was that I can't do this by myself," Dr. Ford says, underscoring the value of a team for such an undertaking.

"It’s not the actual surgery that’s complex. It's just the mentality, the culture that needs to be established from the beginning to the end that's different from conventional circumstances."

As program coordinator, Joseph Riddick Jr. oversees Dr. Ford's trusted patient care coordinators, the vital links between patient and doctor at the center. Last September, he entered his 22nd year at the center. Respect for patients' beliefs and wishes permeates all aspects of the care administered there, as it does with Dr. Furukawa's program at Chester County Hospital. It falls to the coordinators, though, to ensure that understanding is formalized.

Upon diagnosis and the recommendation of surgery, Riddick carefully walks through an extensive documentation process with the patient, explaining medical terminology and the implications of certain procedures and blood fractions, as needed. The process is designed to make clear and formalize the intent at every phase, before, during, and after their surgery, removing any chance of miscommunication or misinterpretation. Once complete, everything is registered in the patient’s electronic medical record, which is accessible to every healthcare provider in the Penn Medicine system.

Throughout all parts of the process, Riddick says the patient care coordinators act foremost as an advocate for the patient. "We want to make sure they know they have someone they can count on to respect their wishes and protect their position until they’re discharged," he says. "We’re constantly and consciously building trust."

From a Change in Perspective Comes New Advancements 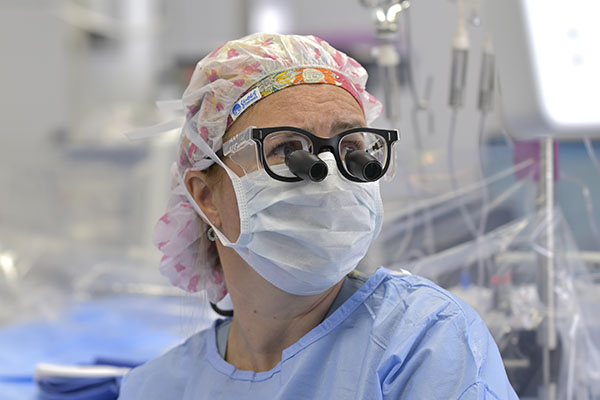 There's another reason for Dr. Furukawa’s unique approach to heart surgery: It's beneficial to his patients.

Soon after The Center for Transfusion-Free Medicine at Pennsylvania Hospital was established, it and similar operations in the US formed the Society for the Advancement of Blood Management to encourage the sharing of new information and develop pathways and guidelines for caring for people who declined blood transfusions.

"Ten to 15 years ago, we recognized that our strategies would help treat all patients, not just Jehovah's Witnesses," Dr. Ford says. "In 30% to 50% of the instances that blood products are given, they don’t improve the outcome."

From that realization came a novel practice called Patient Blood Management, which refers to the use of evidence-based medical and surgical strategies to avoid unnecessary blood transfusions while improving patient outcomes.

"The core of what I do is still caring for Jehovah's Witnesses. I see about 1,200 a year for all different reasons," Dr. Ford says. "But I'm also now seeing lots of patients who aren't Jehovah’s Witnesses."

In conjunction with the transfusionless heart surgeries, Dr. Furukawa has also been honing a developing approach called Early Recovery After Cardiac Surgery. The goal is straightforward: To put patients in a position where they’re eligible to be discharged sooner after their surgery. Patients who undergo transfusionless surgery are at an advantage in this regard, he says.