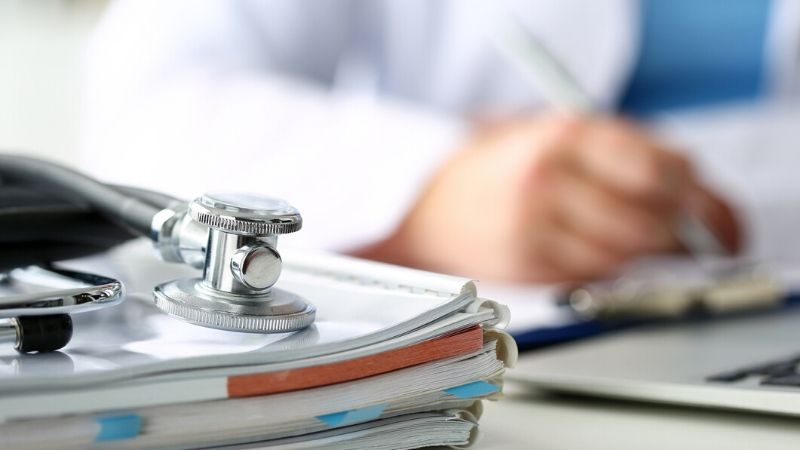 Experts from 80 medical centers in the U.S., Canada and Norway will convene Nov. 15–17 in Baltimore, Maryland, to share best practices and performance improvement initiatives designed to reduce unnecessary tests, treatments and procedures and improve the overall value of health care.

“Teaching hospitals are coming together to share what we are doing to make healthcare more affordable while maintaining rigorous standards of quality, and to prepare the next generation of physicians to deliver high value health care,” says Pamela Johnson, M.D., vice chair of quality and safety for the radiology department at the Johns Hopkins University School of Medicine.

Some 200 poster presentations and 60 lectures are expected to be featured at the meeting, a collaboration between the High Value Practice Academic Alliance, which was co-founded by Johnson, and the American Hospital Association.

The following summaries describe abstracts being presented by Johns Hopkins experts at the third annual Architecture of High Value Health Care Conference. All the summaries are embargoed for the time of presentation.

Approximately 25% of people admitted to community-based hospitals have diabetes, according to Johns Hopkins researchers. “That’s a huge population of people living with diabetes who are currently being cared for in our hospitals,” says Mihail Zilbermint, M.D., chief of endocrinology, diabetes and metabolism at Johns Hopkins Community Physicians – Suburban Hospital. Many are admitted because of medical issues unrelated to their diabetes, but the chronic condition, which affects more than 30 million people in the U.S., can make other conditions, such as heart disease and neurological problems, worse.

To address this challenge, Zilbermint borrowed a successful model used at The Johns Hopkins Hospital and other academic institutions, which provides inpatients with care from a team of experts who specialize in diabetes. The team includes an endocrinologist, nurse practitioner, dietitian and certified diabetes educator.

The team saw some 850 patients with diabetes while they were admitted to Suburban Hospital in Bethesda, Maryland. During the year and a half-long study, the length of stay in the hospital decreased by 27% (from 7.8 to 5.7 days) among patients who received care from the diabetes team. However, there was no change in the length of stay for 3,804 patients who did not receive care from the diabetes team.

Likewise, hospital readmission rates among patients seen by the diabetes team fell from 25% to 14.3% over the study period. Readmission rates did not change among those who did not receive care from the team.

Such team-based care, says Zilbermint, is efficient. “Patients don’t have to wait a day or two in the hospital to consult with an endocrinologist,” he says. “With a team like ours, we’re based in the hospital and ready to care for patients more quickly than traditional models of bringing in endocrinologists from the community to consult with patients.”

Zilbermint estimates that a 27% reduction in the length of stay could account for nearly $1 million in potential health care savings.

Abstract: Retrospective Study of Inpatient Diabetes Management Service, Length of Stay and 30-day Readmission Rate of Patients with Diabetes at a Community Hospital

DOES THE ‘WHOOSH’ YOU HEAR WITH THE STETHOSCOPE MEAN THERE IS A HEART PROBLEM?

In a feasibility study, Johns Hopkins experts are testing an app that uses artificial intelligence paired with an electronic stethoscope to cut down on unnecessary referrals of children to cardiologists for the evaluation of heart murmurs.

Up to 70% of children have an occasional, innocent heart murmur, the turbulence that happens when blood flows through the heart. It can be difficult for primary care providers and pediatricians to decipher whether the whooshing sound they hear with a stethoscope is normal variability of blood flow through the heart or if there is a real problem that needs to be evaluated by a cardiologist, says Reid Thompson, M.D., associate professor of pediatrics at the Johns Hopkins University School of Medicine.

Typically, only about one-third of children referred to cardiologists because of a murmur need to be followed by specialists, says Thompson. Unnecessary referrals waste parents’ time, increase health care spending and may leave parents with a lasting worry that their child has a heart problem. “We wanted to develop a new way to reduce the number of children that have no heart disease being referred to cardiologists,” explains Thompson.

With graduate student Christine Lucille Kuryla, Thompson developed a pilot study to give health care practitioners in primary care offices an electronic stethoscope that records heart noises, which are uploaded to a smartphone with an app that uses artificial intelligence to evaluate the recording. The recordings are also uploaded to a cloud-computing system and evaluated by a pediatric cardiologist.

Thus far, Thompson and Kuryla have found that they were able to upload good quality stethoscope recordings from over 92% of patients enrolled in the study. They also found that the app’s accuracy in determining which patients should be referred to a cardiologist is similar to that of a pediatric cardiologist listening to the recordings.

“The stethoscope is an important tool among a health care provider’s instruments,” says Thompson. “Still, there is variability in the way that providers use it and interpret their results, so our aim is to reduce that variability.”

Abstract: Reducing inappropriate use of echocardiography in children: screening heart murmurs with an AI-enabled stethoscope.

Experts at Johns Hopkins recognized a pattern of unnecessary imaging for patients in the hospital who develop acute kidney injury and designed an intervention using patients’ electronic medical records to alert physicians that a repeat scan may not add value to patients’ care.

Johns Hopkins radiology fellow Nebiyu Adenaw, M.D., and radiologist Pamela Johnson, M.D., say that abdominal ultrasounds should only be performed on patients at high risk for a kidney obstruction, especially when the patient has had a recent CT scan. So, they tested whether an alert on electronic medical records could make physicians change their minds and cancel orders for repeat scans among patients who had already received an abdominal CT scan within 72 hours.

They found that 96 orders (16%) for repeat scans were canceled among 614 patients in a six-month period. The researchers found no evidence that the 96 patients had compromised care because of the cancelled scans. Most of the orders that weren’t cancelled called for scans on the gallbladder and were situations where the physician had consulted with a radiologist.

“This initiative underscores the importance of evaluating patient outcomes when reducing unnecessary tests, to confirm that quality and safety of care are maintained or improved, which is the mission of the High Value Practice Academic Alliance,” says Johnson.